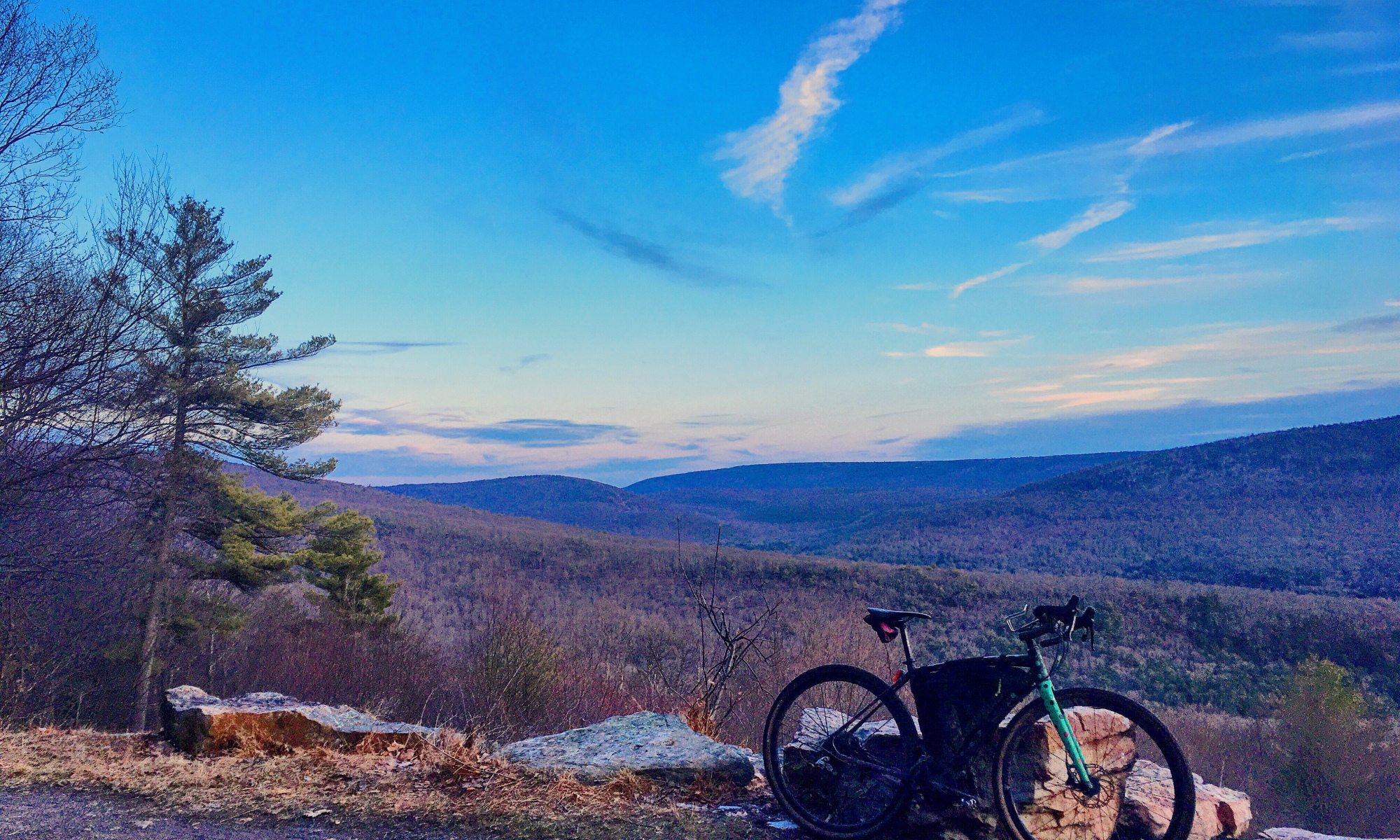 This year, I’d like to bike to or from work at least 20 times. This sounds like a very “low hanging fruit” goal — especially considering how much I ride — except for the fact that last year I know that I did it less than 10.

For those who don’t know of my bike commute circumstances:

It is 25-30 miles and 2,200-2,500 feet of climbing one way depending on which route I take. There are 3 different fairly direct routes on a mix of gravel and pavement, all of which go through Rothrock State Forest to some extent. I could ride Route 26 all the way and it would be about 17 miles, but that’s not enjoyable and actually pretty frightening due to the amount of traffic and crazy drivers, especially at rush hour. Depending on conditions and my energy level, the ride typically takes me 2-2.5 hours. There are of course ways to easily extend my commute to include more mileage, climbing and different types of terrain. A commute using singletrack for a good chunk of the ride is also an option. Mine and Evan’s work situations are such that we carpool on a regular basis anyway, so doing the ride one way is logistically simple.

It doesn’t seem like it should be that hard to fit a 2.5-hour ride into my day when I’m usually riding 1-1.5 hours every weekday anyway and 10-15 hours per week on average, but somehow last year the bike commute got pushed down to the bottom of the ride priorities list. Then there’s the aligning of weather and days when I’m actually in the office versus traveling for work, and riding the same old route isn’t always the most appealing. But still, fewer than 10 times over the course of a whole year is a pathetic effort, so I aim to at least double that. Plus, 20 in 2020 has that nice, clean ring to it.

Not only do I just want to do 20 commutes, I want to switch things up and make it a little more challenging still.

I want to do at least one double commute day (ride to and from work — a total of 50+ miles). I’m not sure yet if this will count as one or two commutes.

I want to do at least one commute that fits in as much singletrack as I can, within reason.

I want to do one commute that travels the long long way and gets me at least a 50-mile ride after work.

I’m not sure if this counts as a commute or not but I’d like to leave work, ride into the forest and camp out for the night, and ride straight back to work the next day.

I want to write about each commute. Some might get a long piece of writing and others might just be a few sentences that sum up my ride. I want to take at least one picture each time. I want to do this because for a while, I think I lost sight of the whole point of this blog, which is everyday adventure. I started writing only when I did something “epic” or particularly noteworthy — traveled somewhere different, did some sort of crazy long ride, etc. I want to bring back the emphasis on everyday and write about the ways that I am getting outside on a daily basis and incorporating adventure into my life and routine. Turning something I have to do anyway (get to and from work) into a 2+ hour gravel ride is part of that, and I hope it inspires others to do something similar from time to time.