In the past year since I tried a fat bike for the first time, my definition of mountain biking has been completely redefined, and my conceptions of what can be done on a bicycle have been reshaped time and time again. I’ve gone places I never would have thought to go—in the snow, along the shoreline, bushwacking through the woods, and now, on the ice in the middle of Raystown Lake.

I have to admit, until I actually tried it, I was a little apprehensive about the idea of riding on ice on top of a lake so large and deep. But once we got out there, it was clear that the ice was thick enough, and the layer of snow on top in most places gave a mental sense of security. Riding on the vast, flat expanse of snow and ice, winds gusting and whipping at our faces, made me feel like we were pedaling across the Arctic tundra.

There were some spots where the wind had blown all the snow off the surface of the lake, and we could look down and see the cracks that had frozen over and the bubbles trapped in the ice. Seeing how deep the bubbles were reassured us that the ice was indeed more than thick enough. 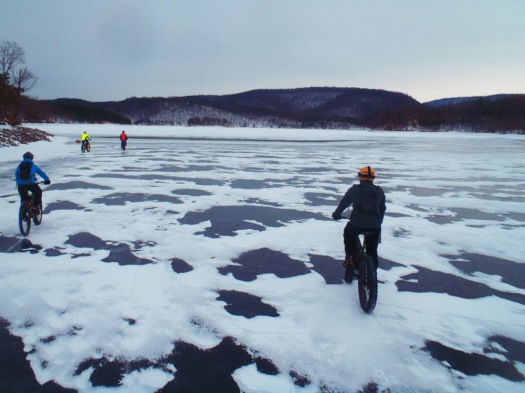 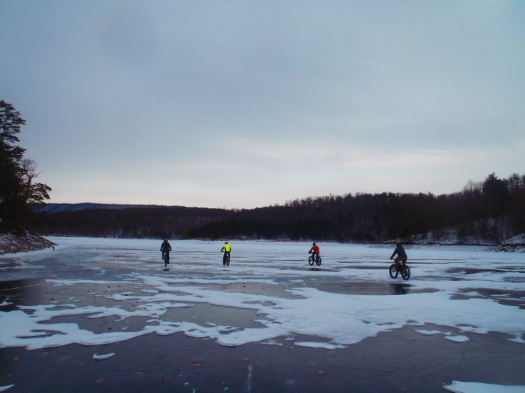 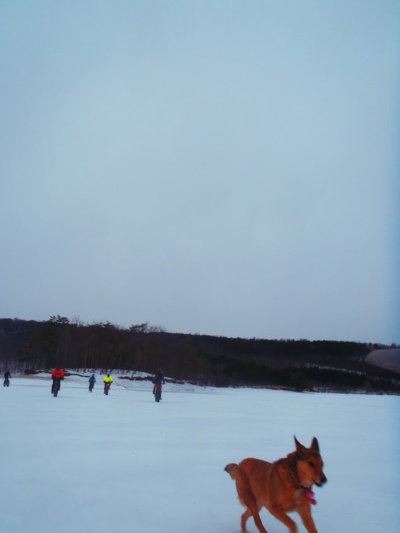 But there were also areas where the top layer of ice was beginning to turn to slush, and the ice cracked beneath our tires, which was unnerving to say the least. Luckily, all this happened very close to shore, and no one ended up wet. 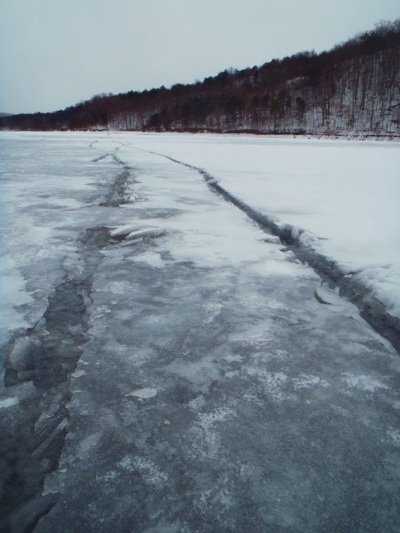 If you try it—
Please be cautious! Riding on ice is a very fun and unique experience but also obviously has great inherent dangers. These dangers can be minimized with use of caution, awareness and observation, and simple preparedness.

Ice thickness varies from day to day and location to location, even on a relatively small body of water. The strength of ice only comes from the water beneath it, so if there is a hole anywhere the ice is weakened and can shift or crack more easily.

Pay attention to sights and sounds—a patch of ice that looks very different could mean a weak spot, and always listen for cracking or shifting of the ice.

Wear a PFD or other flotation device, and bring along a throw bag or other means of rescue in case someone should fall in. An extra set of warm clothes also isn’t a bad idea. 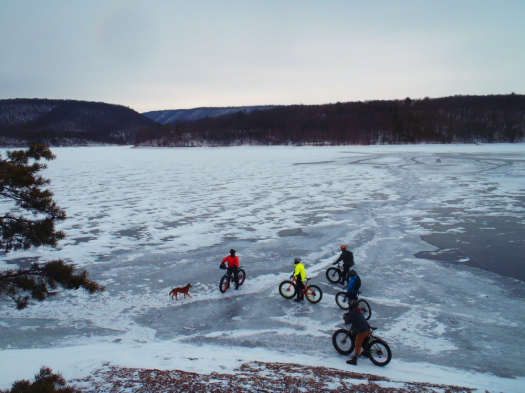