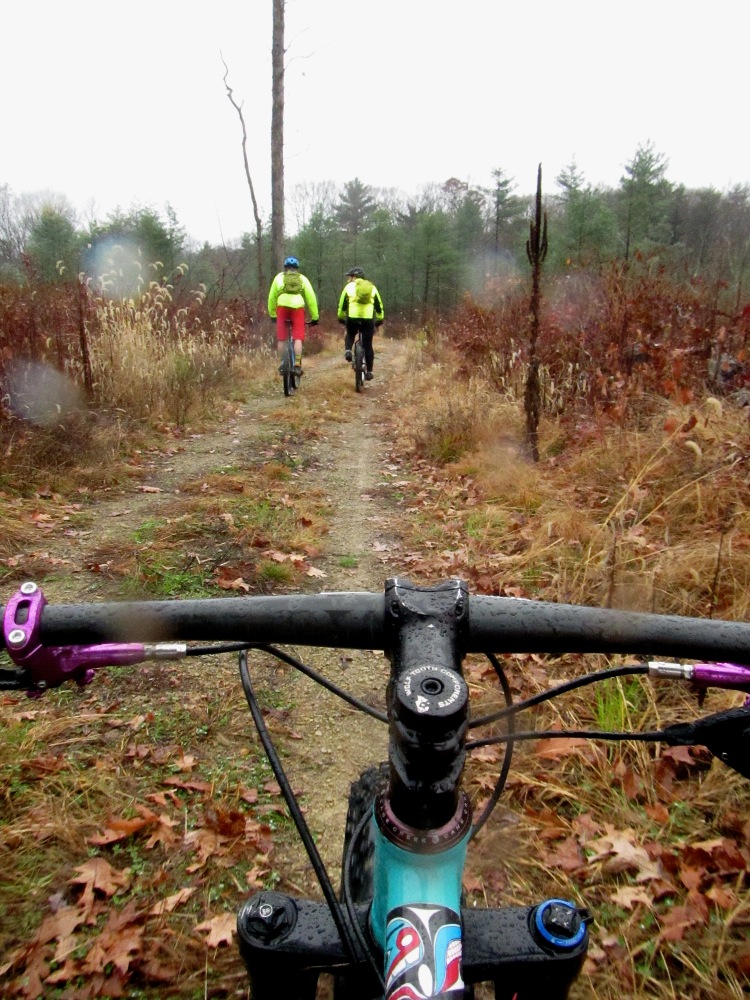 Greenwood Furnace State Park is 7 miles from our house. The park offers a network of trails which were originally designed for cross-country skiing (though most of them seem terrible for that activity), but have more lately fallen victim to neglect, as skiers are few and far between and there was never much of a push to keep the trails well-maintained. Many of them have become overgrown to the point where you can barely tell where the trail is supposed to be. Explorations in the area have usually resulted in extensive hike-a-biking and entanglement in thorns, in addition to just plain getting lost.

Recently, however, I’ve helped organize local mountain bikers to work with the park to get the trails opened up again. Last weekend was the first work day, and while I sheepishly admit that I could not attend, I headed over there earlier this week to check out the work of those who did make it.

While there is still much work to be done, the crew made some good progress, and I’m looking forward to helping out with future work days and the resulting improved riding opportunities in the area.

The ride at Greenwood was also my first on a new bike. For the next few months (through the end of winter), I’ll be riding an Advocate Watchman fatbike, and reviewing it for Singletracks.com. So far, I like it! And I’m pretty stoked to actually have a real deal fatbike for this winter season. In the past, I’ve just used my fat-front 29er El Mariachi all winter long. It’s done well enough, but two fat tires sure makes rolling through deeper snow a whole lot easier.

It rained all day. Any normal person would have probably holed up inside with a good book or Netflix and a cup of tea. Jake, Brent, and I were out exploring on bikes and getting soggy.

4 Replies to “A soggy day at Greenwood.”