In late February, I spent a weekend hiking and biking in the Quehanna Wild Area with my friend Emma. If you missed Part 1, check it out here for a history of the area and rainy day exploration on foot.

Something felt off on Sunday morning. Maybe it was the incredibly hot hotel room – we’d cranked the heat the night before to dry our gear and both of us were too lazy to turn it down in the middle of the night, so we roasted and woke up feeling groggy. Maybe it was the lack of coffee. We’d tried to go to the Riverfront in Karthaus, where a sign boasted breakfast but when we got there, we found it was locked up. Antsy to get on the bikes once we got back to the motel, we decided to forego coffee and instead began pedaling up the Quehanna Highway just as it began to rain again.

The road climb seemed longer than it should. I kept wondering if we’d missed the trail we wanted to take. Emma assured me that we hadn’t passed it yet and sure enough, up past the next bend and steeper pitch in the road we saw the rutted dirt doubletrack.

I was relieved to be off the main road. Apparently, Sunday was a heavy traffic day in the middle of the woods and many a diesel truck had passed noisily by on the pavement. But then Emma confessed that she wasn’t feeling well – nauseous, queasy and generally out of sorts.

She took a moment to breathe and then said she wanted to keep going, see if it passes. We continued on. 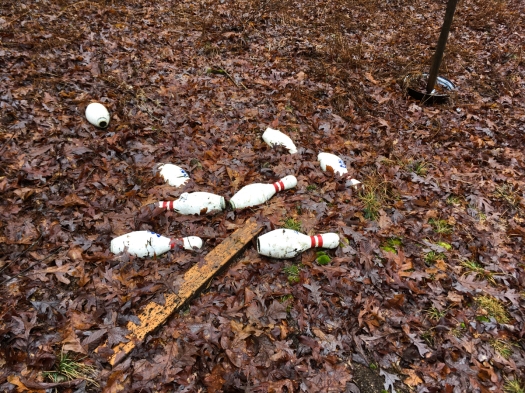 The dirt road petered out to leafy doubletrack. We popped out at what seemed to be the back of someone’s property. We saw another trail that seemed to head in the right direction, followed it until it ended, then eventually found our way back to the Quehanna Highway… but closer to the Motel than where we’d turned onto the dirt road.

We looked at each other, completely confused. How could this be? We both considered ourselves excellent map-readers with good senses of direction. We both thought we were headed a different way than what we actually were the whole time.

We rode back up the hill we’d ridden up an hour before, past the first dirt road to the second. We descended to a stream and discovered that the road crossed it. But there was no bridge and the past two days of pouring rain had left the small water body rushing with a fury that we didn’t want to deal with. Not to mention, it was just chilly enough to not want to get any wetter than we had to. Back up the hill. Again. 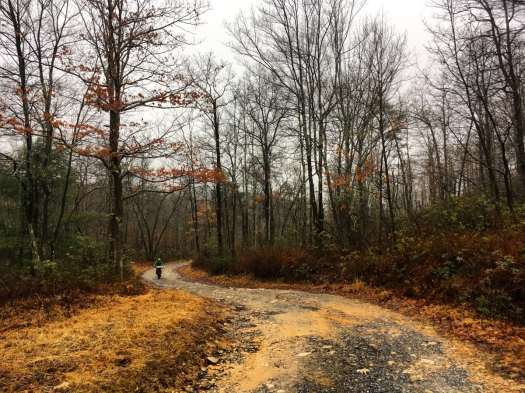 When we reached the top, Emma made a choice. She wasn’t going to camp tonight, but she wanted to keep exploring for the day. It was a smart decision. Riding in the rain all day and camping while not feeling great didn’t seem appealing at all. While we all hate bailing on adventures, it’s also important to know when to quit.

We decided to go check out the old nuclear reactor site, as it was just down the road and we were both curious, even though we knew it was now just a field. On the way, the sun started to come out, ever so slightly. It warmed up a little.

After staring at the empty field that was once a nuclear powerhouse for a few minutes and eating a snack, we broke out the map and decided on our plan of action. Emma was going to take the direct route back to the car. I decided that I would continue exploring and camp out. We reached a split in the road and we hugged. She took off back towards the Motor Lodge and I started down a wet gravel road in the other direction.

Then I was alone. 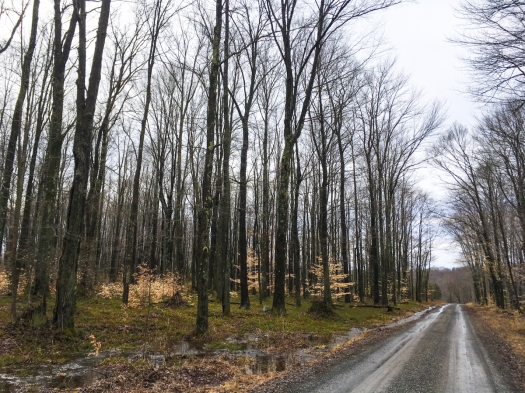 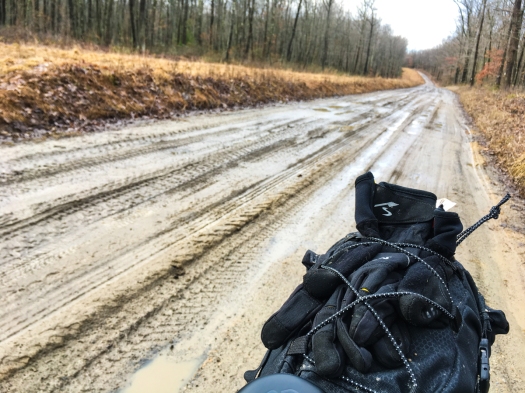 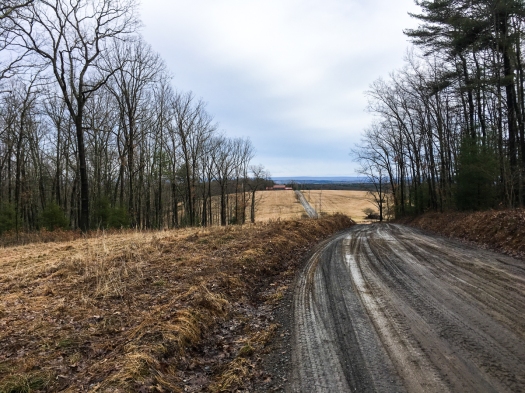 One Reply to “A weekend in Quehanna, part 2.”